The Spirit Monks were a monastic order located in Dirge where they tended the Temple of Dirge. They served the Water Dragon and acted as shepherds for the dead.

Most of the Order were brought to the temple as children, generally orphans, where they were raised to serve the Water Dragon, protect her holy fountains and were ingrained with the values of honor and duty. A few children were born into the order when both of their parents were Spirit Monks.

The Spirit Monks are mentioned in the bookstands and scrollstands "Text: The Land of Howling Spirits" and "Text: The Righteous Siege".

Duties to the Water Dragon

If attacked, Spirit Monks would defend the temple and the Water Dragon unto death.

The Dragon Amulet allowed Spirit Monks in training to draw on the Water Dragon's power through essence gems.

Duties to the Restless Dead

"Most spirits came to Dirge in time, but sometimes a spirit was unable or unwilling to leave the mortal world behind".
–Abbot Song

As shepherds of the dead, Spirit Monks would seek out lost spirits across the Empire. Occasionally, requests would be sent to the Spirit Monks to deal with spirits. Their goal was to bring the lost spirits to Dirge, where from the Water Dragon could guide them to the spirit world.

Mad ghosts had to be bound to the Spirit Monk in order to physically bring them to Dirge. This was done through the Ritual of Binding.

History of the Order

The Spirit Monks had little contact with the outside world, except for their duties to the restless dead. The Jade Empire, even that of the Emperor, had very little understanding of the Spirit Monk order other than they worshiped the Water Dragon. Few knew of their existence.

Monk An Daoquan was the first Spirit Monk of Dirge, followed by his twelve brothers. In return for their faithful service, instead of going to the underworld, the thirteen monks became one with the Water Dragon herself. Eventually statues of the thirteen brothers were constructed and lined the entrance to the Temple of Dirge's courtyard.

When the Jade Empire was threatened by the warlord Zeng Sai and his army of Horselords, the Spirit Monks realized his strength was too great for the empire to handle alone. They left the Temple of Dirge to stand beside the Imperial Army and with their combined force Zeng Sai's Horselords were defeated.

An accounting of this can be found in the scrollstand "Text: The Undeniable Fire".

During the Long Drought, the power of the Water Dragon caught Emperor Sun Hai's attention. Sun Hai and his brothers planned an attack against the Spirit Monks and their mistress. At this time, the head of the order was Abbot Song. Before the siege of Dirge, Abbot Song recorded his thoughts in the scrollstands "Text: Abbot Song's Journal" and "Text: The Journal of Abbot Song."

As per Sun Hai's request, Sun Li the Glorious Strategist planned an attack against the Spirit Monks' holy temple. He also bribed several monks, including Xian Wu, to taint the holy fountains of Dirge with human blood.

The Imperial Army and the Brothers Sun attacked the temple and overran it. Before the temple fell, Abbot Song broke apart the Dragon Amulet and sent out the pieces across the Empire. He also made preparations to save the youngest of the order, a baby born to Spirit Monk parents only days before the siege began. While the Dragon Amulet was successfully scattered, all Spirit Monks died in the attack and Sun Li took the Spirit Monk baby to raise himself.

Having failed their mistress, Sun Hai was able to take the Water Dragon's power. This caused the portal to the Underworld to close and the ghosts of the Spirit Monks were unable to enter the afterlife. Instead, they were bound to Dirge in a never ending battle with the spirits of the fallen Imperial Army.

The Player character grew up as an orphan and trained as Master Li's star pupil in his Two Rivers School. The Player and his colleague Dawn Star are tasked by Master Li to defend the Two Rivers from a gang of Bandits. The Player dispatches the bandits but the mercenaries were led by a Lotus Assassin. Master Li destroys the Assassin's ship and kills the Assassin. Master Li later sends the Player to the Spirit Cave to accelerate their training after the Player defeats Gao the Lesser in a fighting challenge. Master Li reveals to the Player that he\she is the last survivor of the Spirit Monks. Master Li also reveals that he is actually Sun Li the Glorious Strategist- the brother of Emperor Sun Hai. Master Li claims to be a supporter of the Spirit Monks and was the one who rescued the Player from the Imperial Army's attack. Master Li tells the Player that he\she have a grand destiny and that is linked to why so many spirits wander the Jade Empire. After overcoming the obstacles of the Spirit Cave, the Player is granted the Dragon Amulet. Connection with the amulet allowed the Player to have a vision of the Water Dragon's spirit and it reveals to the Player that is the last Spirit Monk and that it must grow strong and uncover the corruption of the Jade Empire. After receiving knowledge of a magical fighting style by the Water Dragon Spirit, the Player is teleported back to Master Li where they discuss the Player's vision. Their discussion is interrupted by Jing Woo who tells them that Dawn Star was kidnapped by Gao the Lesser's men.

The Player investigates to track down Gao and Dawn Star. On the way, they encounter Sagacious Zu as he fights off several of Gao's men. After hearing about Dawn Star's kidnapping, Sagacious Zu agreed to aid the Player in rescuing her and helps them navigate the swamp. They track down Gao and his men to a cave where the Player and Gao have a final showdown. After Dawn Star's safety was secured, they've discovered that the Two Rivers was attacked by the Lotus Assassins and Gao the Greater. The Player and his comrades return to the village to defend it and drives off Gao the Greater's men. Yet the Two Rivers School fell to the Lotus Assassins and many students were killed in the attack. Master Li is believed to be held captive by the Lotus Assassins and so the Player resolves to rescue him. The party decide to head off to the Imperial City. To get started, they used one of Gao's flyers to travel to Tien's Landing where they hope to get passage to Imperial City. 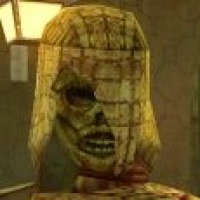