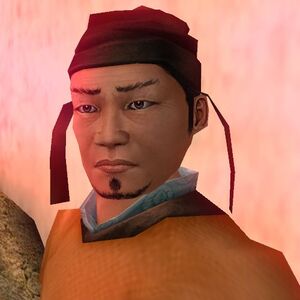 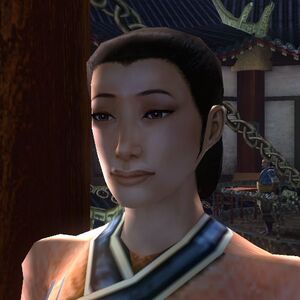 The quest called "Creative Yukong's Bounty" can obtained in Chapter 3. It is one of the two bounty quests given by Captain Sen, the other being Quest: Fading Moon's Bounty. It requires that the player hunt down a person named Creative Yukong, who is somewhere in the Imperial City.

According to Captain Sen, Creative Yukong is accused of swindling a noble named Lord Rento, who is influential in the Ministry of Harmony. However, Lord Rento was "reluctant" to discuss the particulars of the case, and has since left town in any case. Captain Sen suggests speaking with Lord Rento's wife, Lady Rento, who can be found at the Imperial Arena.

If players speak with her, Lady Rento says that Creative Yukong is innocent, and does not deserve what is happening to him. She says that she willingly chose to sponsor Creative Yukong's theatrical pursuits, but that when her husband returned home and found out, he flew into a rage and declared that Yukong was a thief, apparently considering it beneath him to support a lowly actor. Lady Rento does not want Creative Yukong harmed, but suggests that the player might find him in the Scholars' Garden, as he was in possession of a scholar's costume for use in a play.

In the Scholars' Garden, the player can talk to a man calling himself Scholar Kongyu (which switches the two syllables of the name "Yukong"). They can make Kongyu/Yukong reveal himself by pressing for details on his alleged areas of scholarship: the History of Dramatic Systems, Applied Theology, and Celestial Integration. Once Kongyu/Yukong has stumbled through enough explanations, the player can accuse him of being Creative Yukong. (If Sky is present, he will ask a particularly complicated question about drama, which shortens the process.)

Once Creative Yukong has admitted his identity, the player has to decide what to do with him. The simplest option is to simply collect the bounty on him, but the player can also choose to help him escape the city. This involves telling Captain Sen that Yukong has already fled while Yukong, in disguise, rather incompetently tries to walk past the checkpoint. The player will receive a reward from either Sen or Yukong, the former being larger.