"Be careful. It is desired by many seeking power beyond the mortal realm."
–Master Li

The Dragon Amulet is one of the most important plot devices in Jade Empire, present throughout most of the game. Dragon Amulets were presumed to be used by Spirit Monks to tap into the potential of Essence gems. As such, it is a tool of great power and dead and living alike are said to be drawn to that power like a beacon. It is also described by the Water Dragon as a focus meant to guide Spirit Monks.

It is the Player character's only link to their parents, who belonged to the long-gone order of Spirit Monks, worshippers of the Water Dragon. The guardian, the Spirit Monk responsible for rescuing the infant Player from the invading Imperial Army, managed to get the Dragon Amulet before the Emperor Sun Hai, Sun Li and Sun Kin can discovered it, thus giving it to the baby in order for them to have a link back to their heritage.

When the Player, now grown, enters the Spirit Cave, as instructed by Master Li, they find the Dragon Amulet and essence gems to put in the intended slots. The Water Dragon later reveals that the amulet was split into four parts: one was taken by Master Li, one is defended by a guardian near Tien's Landing and a third was recovered by the Lotus Assassins. These pieces are physical, but the fourth is spiritual and it is only this piece that will save the Player in the end.

As the game progresses, Player can find, buy or receive various essence gems to place in the amulet slots, each adding different bonuses to Chi, Body, Focus and a number of other perks.

The Dragon Amulet can be accessed at any time once it is acquired, except during dialogue or a cutscene. When first acquired, it holds three essence gems; a further two slots are opened when the second piece is acquired and a final two, for a total of seven, when the last piece is recovered. The fourth, spiritual piece of the amulet is plot conceit to explain how the Player can continue to use essence gems after the physical amulet is taken away and doesn't add any slots.

In the early demo of the game and in the throne room Dragon Amulet has nine slots, but Player can only use seven in the game. 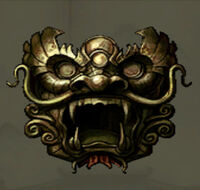 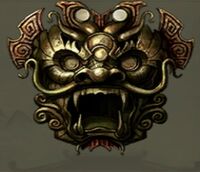 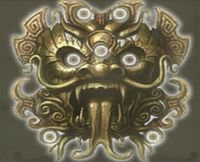 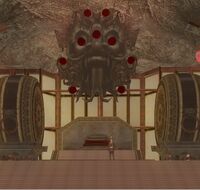 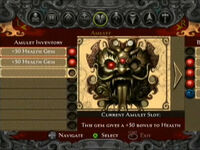 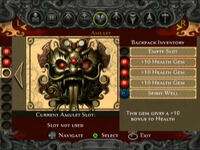 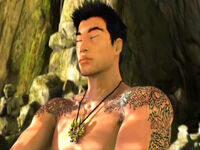 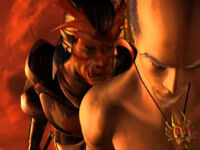